An operation was imperative to stop me from being completely paralysed. During consultations with the Saudi neurosurgeon at the Hospital, he asked me what I thought could have caused it, and if I had been involved in any accidents or falls. We told him about a car accident six months previously in Kenya and he felt that perhaps the impact could have caused the herniated disc. 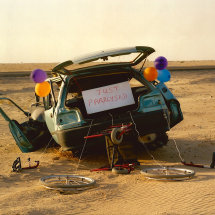 
My operation was scheduled for 10th January 1999. The neurosurgeon told me that I would be in hospital for 5 to 7 days, and within 2 months, I would be ‘back on the tennis court again’ - my favourite sport. There were to be two surgeons operating on me: a Saudi neurosurgeon and a British orthopaedic surgeon, who I also met before the operation. As I left the consultation room, I heard the neurosurgeon instruct the nurse to order to units of O+ blood.

It was Ramadan, and on the night of admission, I remember hearing the extended prayers from the nearby mosque. I hoped my surgeon wouldn't be up most of the night and then fasting the next day. My husband, Richard, and a friend accompanied me to the operating theatre, expecting to see me out again in about an hour. Four hours later, I was rolled out of the theatre on a trolley, and some time after that, I woke up in the ward to excruciating pain - and the horror of not being able to move my legs at all. I had asked the neurosurgeon if I would need a catheter and he had said ‘No’, but there was one in place. A cat’s cradle of tubes ran up from my arm to bags of intravenous fluids and blood.

It soon became very obvious that I would not be out of hospital in "7 days". My fun-loving husband wasn’t going to let my 45th birthday on 15th January pass by without some festivities and that afternoon, the nurses told me that a Zimmer frame salesman wanted to see me. I told them I didn't want to see him, but they insisted that he be allowed in. My husband arrived in my room covered in tinsel, and carrying a cake and balloons. 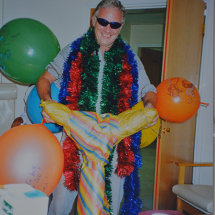 The one bonus about being in hospital was that when friends came to visit, we had time for long one-to-one conversations – so often, we only met at parties with lots of others around as well. I loved their visits, and my room was filled with the beautiful flowers they all brought.

The movement in my left leg soon returned, but only a few of the muscles in my right leg were responding. Three weeks later, instead of going home, I was reviewed by a team from the Abdul Lateef Jameel Centre for Rehabilitation. 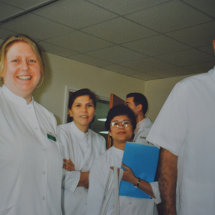 More devastating news: I would have to go there for 6 weeks residential rehab. Two days later, I was transferred there by ambulance and the tough rehab journey began. I read in one of the books in the medical library that: ‘There is only one thing worse than doing rehab, and that is not doing it.’


Next: Rehab at the Abdul Lateef Jameel Centre for Rehabilitation

Journey With my Wheelchair Story
PreviousNext