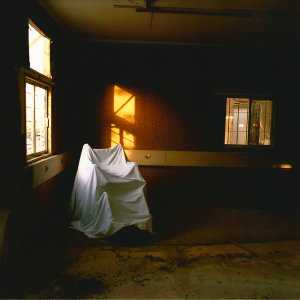 "What happened to you? Been playing rugby again?"

For the past 16 years of my life, I have been asked on an almost daily basis - and frequently more often than that, up to five or six times a day - what has happened to me. The reason they ask is because I have a walking disability: I walk very slowly and awkwardly, with a limp, and have to use a stick.

Everyone assumes that my condition is temporary and that perhaps I have had a hip replacement, or broken a limb in some sporting activity like ski-ing; they are always shocked when they learn what the disability is, and that it is permanent. Nonetheless, some still insist that “Don’t worry, it will get better.”

Although I am usually struck by the genuine concern that people have shown towards me, and their desire to be sympathetic and understanding, there are times when I really don't feel like talking about it. I then brush the question aside as if it is of no importance, or try to make a joke of it by saying something like "Oh, that is a long story! Let's talk about something else!" Others try to make a joke out of it before even asking: "You been out on the rugby pitch again?" or some such quip. I have also been tempted to create an elaborate fictitious story because I get tired of repeating the true story, but then have felt very guilty when I realised that the listener believed the far-fetched story - even if it was "I was knocked over by an elephant". Things like that really do happen. I have also thought about having a T-shirt made up with a brief description of what is wrong with me. And lastly, I have wanted hand out a card with website details on it, and hand it out to anyone who asks, and just tell them to look it up on my website.

One of the more difficult things to handle is when people feel that because they have shown sympathy towards you about your condition, they now have a ready ear for them to tell you, at great length, all about their health issues. At a birthday dinner in the UK, when I was sitting at a table with several strangers, by the time we got to desert, I knew about the health problems of three of them, including those of their wives and husbands. Do people really think that I want to spend a social evening discussing hospitals and medical issues? Conversely, I know someone who was diagnosed with Parkinson's Disease at an early age, and he was devastated because no one wanted to talk about it with him - they avoided him rather than address what they felt was an "uncomfortable" subject. The same sometimes happens with people suffering from cancer.

The interesting thing is that when I use my wheelchair, people are far less likely to randomly say "What happened to you?" The wheelchair immediately raises the flag that says: "This is a serious problem. Don't go there."

So, what DID happen to me that I have to walk the way I do, with a walking stick?

Journey With my Wheelchair Story
Next